Originally posted on 23 August 2019 on OpenStreetMap 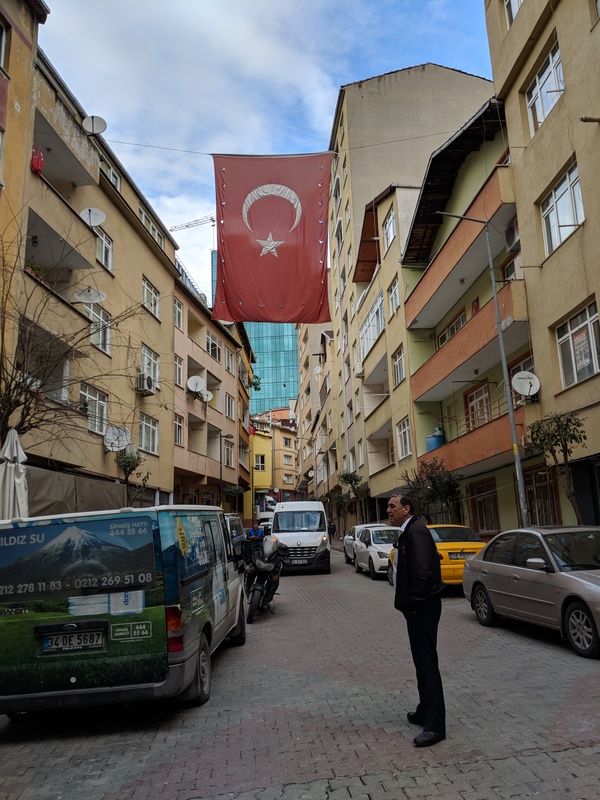 Avoid the crowds and tripadvisor, a vacation is only an adventure if you find the escape velocity of your known universe and reach it, and you’ll find outside that, another version of yourself that just might follow you home.

We had seen the soaring ceilings of the Hagia Sofia, I was already used to the chingchonglinglongs from shopkeepers in the Grand Bazaar, we went to the Blue Mosque on a day it was closed to non-believers, we’d eaten homemade sigarabörek by her aunt for dinner, we’d taken the ferry to the tip of the Asian continent… It was day 3 of Istanbul, and my best friend had a family engagement that night. I wasn’t brave enough to venture back to the Asian side to visit a nightclub on my own, and had been advised against going out by myself anyway.

What else do you do in a big, unknown city on a Friday night?

Idleness must have spurred me into opening OSM to inspect the unspectacularly residential neighborhood I was staying in. Idleness intensified the quiet thrill of finding a virtually blank map, composed of only the spidery, nameless street geometries. Idleness became a pulling curiosity, so I found blank pages in my day planner and two pens of different colors, and traced the general street network. I closed the door on the sound of my AirBnb host having sex with her boyfriend, careful to keep the cats inside.

For a couple hours that night I deliberately wandered the streets of that neighborhood. I developed a system where I numbered the streets in my notebook with a kind of index and wrote the names I saw on the street signs next to the numbers. Knowing the basics of the Turkish alphabet, I could sound out the names to myself as I saw them, carefully noting the dotless ı’s and the rounded hats on the ğ’s. 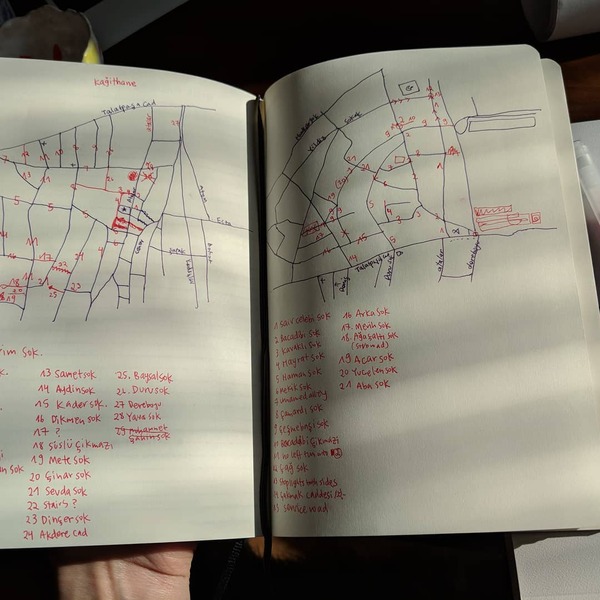 When I returned to the flat, I eagerly entered each new tag: name, highway, lit, foot, oneway. I even added a couple small, unmapped alleys. Zooming out on my work, I was shocked at how insignificant the changeset seemed for how many kilometers I had walked. But, all the same, it was a small constellation of mapped streets in a web of unnamed Istanbul neighborhoods.

Day 4, after another day of sightseeing, I went out again and ventured a bit further west. Once I couldn’t found a street sign and felt brave enough to stick my head into a travel bureau to ask, “hangi caddesi?”, hoping that my approximation of Turkish grammar was good enough (it was!). One night from the second floor windows of a fish restaurant where I had dinner I mapped the businesses I could see across the street: Ekin cafe, Simit evi, several burger places.

Which worlds do we visit when we exist only between pinned places in Google? Do we really visit a place if we only remember the characters in its name long enough to type it into the search bar, but never hold the sounds in our mouths?